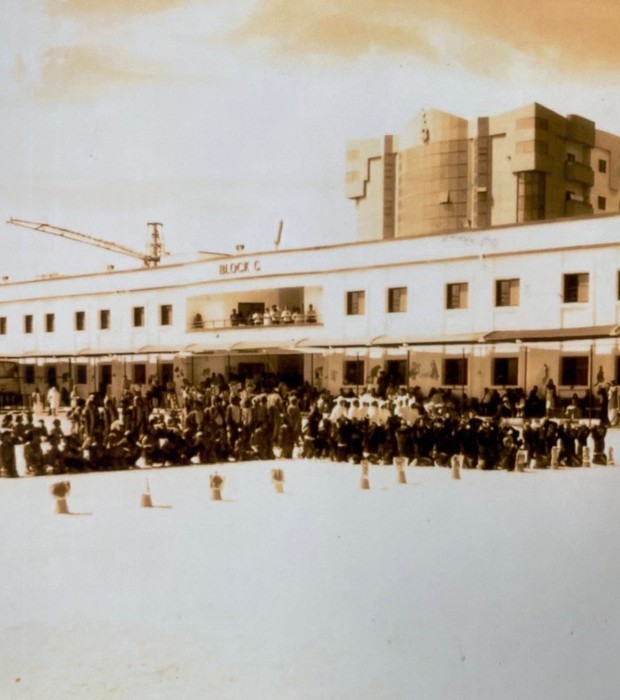 A “home away from home” or a “second home” are some passionate phrases; parents and students use in describing this vibrant, pulsating and charged campus offering the CBSE curriculum.

The road to success has certainly been one of perseverance and devotion. Starting modestly in Ajman, in October 1982 in makeshift cabins, the school that relocated to Sharjah in 1993 is currently an impressive, sprawling, purpose-built campus that has grown out of a vast expanse of desert.

Opening a new purpose built campus for boys in 2007, the story of success of Our Own Sharjah is a feted tale of inspiration wherein dreams, thoughts and action took flight on wings of fire.

Our Own Sharjah took on the challenge of that initial movement of the foresighted Varkeys to provide quality education, and carried on with the mission of the group. The 80s and the early 90s saw the school operating out of Porta cabins in a vast campus very close to Ajman Studios. To expand the aesthetic aspects of life the school introduced Talent Competitions, Inter House Drama Competitions and Club activities. As the school commemorated its tenth anniversary, it chronicled its achievements by launching the first edition of the School Magazine ‘Strides'.

Make shifts cabins gave way to concrete buildings as infrastructural development underwent a metamorphic change and Block A was inaugurated with up-to-date facilities. The inauguration of the Blocks B, C, and D bear testimony to the uncompromising and insistent efforts which went into ensuring that every student emerged a winner- valued, nurtured, accepted and guided – by a caring faculty.

Academic Excellence has always been in the fore as the CBSE Board results reveal year on year ensuring students a berth in reputed institutions of higher education. Musicals, Annual Concerts, School Exhibitions, Personality Oriented Activities, Quizzing, Language Weeks, Summer Camps and more began to take shape. The social conscience of the school motivated the Charity Funfair to generate funds for charity along with the establishment of the Eco Club to nurture sensitivity towards environment. Conferences, Workshops and Training aimed at continuous staff development were not far behind. The school began hosting many events in great style and finesse and till date students have brought glory and fame to the school by participating in Inter-School events.

A quantum leap in growth actualized with the school becoming a part of the Global Education Management System.(GEMS) in the year 2003. This ingenious vision of our Chairman, encompasses one of the most important core values of GEMS – that of aspiring to mould our students into responsible global citizens and ‘Education for Life’.

A fusion of the support, magnanimity and clear vision of our Chairman Mr. Sunny Varkey, the second line of leadership in Mr. Dino Varkey, the expertise of the members of GEMS, a dynamic principal such as Mrs. Asma Gilani, the sheer tenacity and purpose of the staff that is 100% committed, and the trust of the parents and students is what makes Our Own Sharjah an institution we are all proud to be associated with as it continues on its journey of excellence.